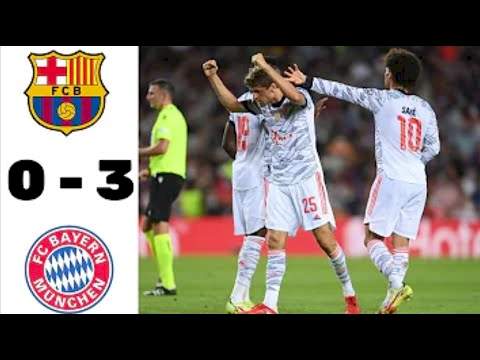 Barcelona suffered a miserable start to life without Lionel Messi in the UEFA Champions League as Bayern Munich ran out 3-0 winners at Camp Nou on Tuesday.

The scoring with a deflected first half effort before Robert Lewandowski added a second half brace and Julian Nagelsmann’s men cruised to victory.

Barca barely even threatened and failed to register a single shot on target all night which will have concerned the depleted Camp Nou spectators.

Werner Discloses How Lampard Convinced Him To Join Chelsea

Cristiano Ronaldo: Back to Manchester United (All you need to know about his transfer )