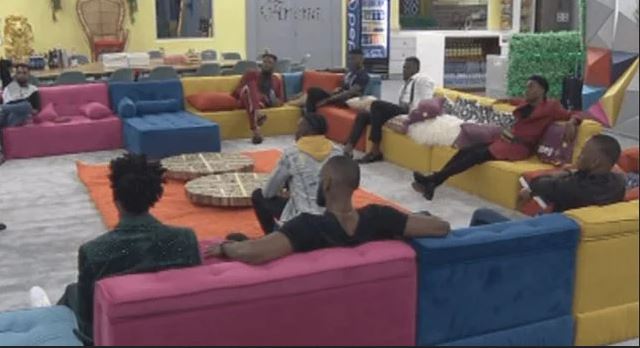 Housemates of Big Brother Naija Shine Ya Eye reality show have received their first reward for the season, in the form of currencies referred to as ‘Abeg Naira’.

Big Brother, organized an impromptu task for the collection of the reward at the Big Brother Arena.

Biggie said, “It is time for you to be awarded your first Abeg Naira for the season. Subsequently, Abeg Naira will come in different and likely simpler means.”

In the Arena, 23 stools were arranged with an envelope on each of them.

Biggie explained that in each envelope is a certain amount of Abeg Naira, which differs from another.

“This means some housemates will be richer than others,” Biggie said.

In the game of luck, the 22 housemates were asked to stand behind each of the stools while the 23rd envelope was said to be special.

Biggie explained the Abeg Naira is a welcome gift to the housemates and by next week, the contestants will use their currency to get admitted into the gym and weekend parties.

For the 23rd envelope, Biggie said the housemates will decide on who gets it. The housemates were given till Friday night to decide on the most deserving housemate through any means they wish.

Biggie also noted that the Head of House, Peace, and her deputy, Yousef, are not eligible to win the 23rd envelope.

BBNaija: Maria Reveals How she was chosen as a Wild Card