Home BBNaija #BBNaija: “She must be missing Phyna” – Reactions as Amaka breaks down in tears without a clear reason [Video]
BBNaija

#BBNaija: “She must be missing Phyna” – Reactions as Amaka breaks down in tears without a clear reason [Video]

The moment Big Brother Naija housemate, Amaka broke down in tears while on her bed on Sunday afternoon paved way for speculations from netizens.

The majority of her fans posited that she appeared lonely and ignored, and must be missing the company of her colleague and friend, Phyna, who recently froze her out following an affair, with Groovy, their colleague whom they both have feelings for. 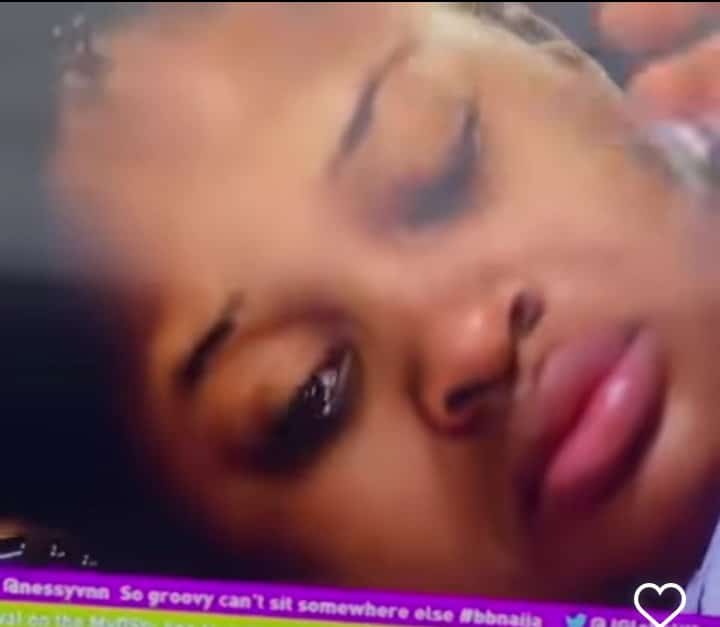 @heiress_tee wrote: “I really like Amaka and the fact that guys in the house always don’t mingle with her that deep apart from normal gist is bad and now she can’t even talk to Phyna because she’s still pained about her betrayal which is making her feel lonely in that house.” 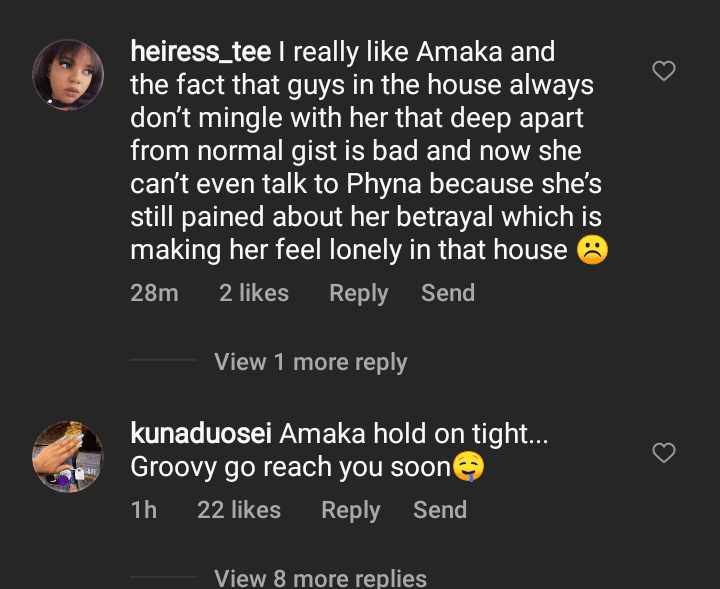 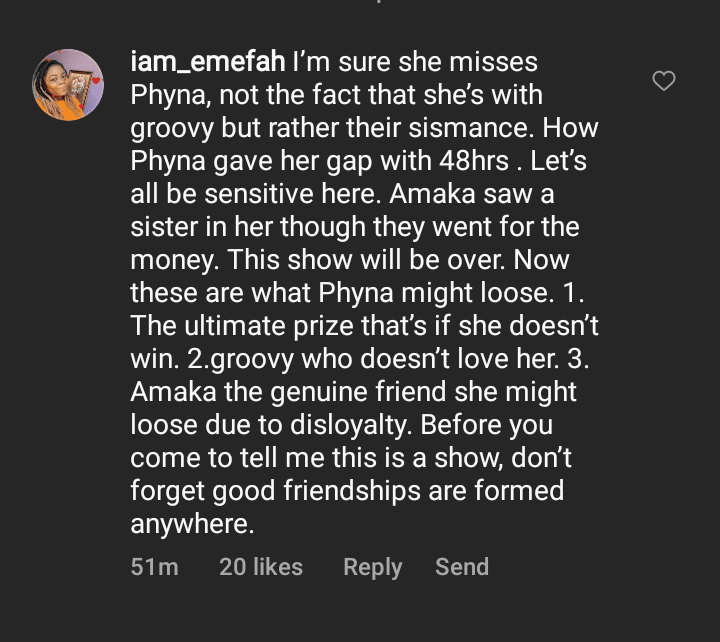 Watch The Video Below

Amaka’s dull mood is coming a day after  Phyna who spent Friday night on Groovy’s bed visibly shunned her upon returning to her own bed in the morning.

Phyna and Groovy appear to have strengthened their love affairs a few days after Groovy’s first love, Beauty was disqualified from the show.

Beauty was expelled from the house after receiving two strikes from Biggie for troublemaking and a heated argument with Groovy.

Barely six days after Beauty’s exit, Groovy seems to have moved on, with Phyna automatically taking Beauty’s place at the expense of Amaka who has been crushing on Groovy.