Big Brother Naija ‘Level Up’ housemate, Phyna, has emerged as the Head of House for week eight of the show.

She takes over the coveted position from her colleague, Hermes who won the position a week ago.

Following her win, the reality star chose her love interest, Groovy as her deputy. Their positions exempt them from this week’s eviction.

They also get to stay at the luxurious Head of House lounge for the whole week.

Viewers have applauded Phyna as the first housemate from Level 2 to ever win the position since the show started; most of the housemates who had held the position had been from level 1.

See some reactions gathered from viewers: 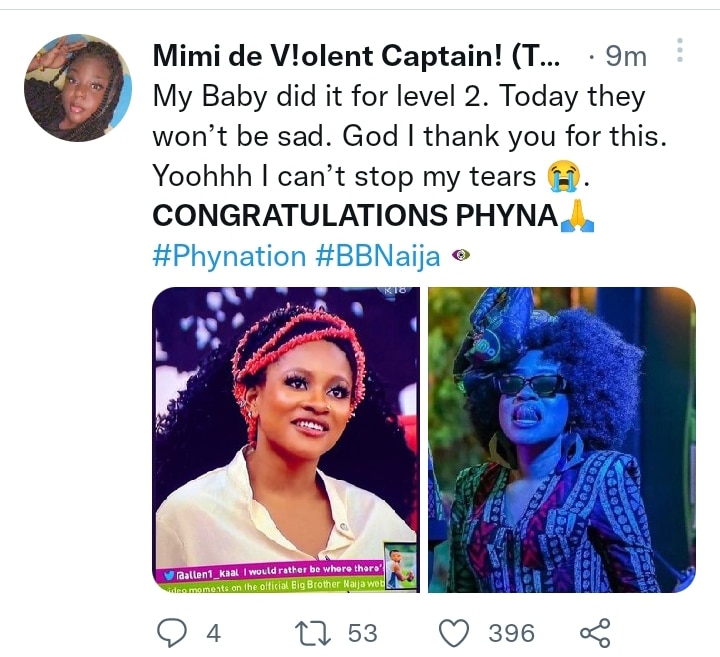