Davido unfollows cousin, Sina Rambo, after he leaked their chat to mother-in-law

Ace Afrobeats singer, ‘Davido‘ Adeleke has unfollowed his cousin, Sina Rambo after he leaked their chat to his mother-in-law. 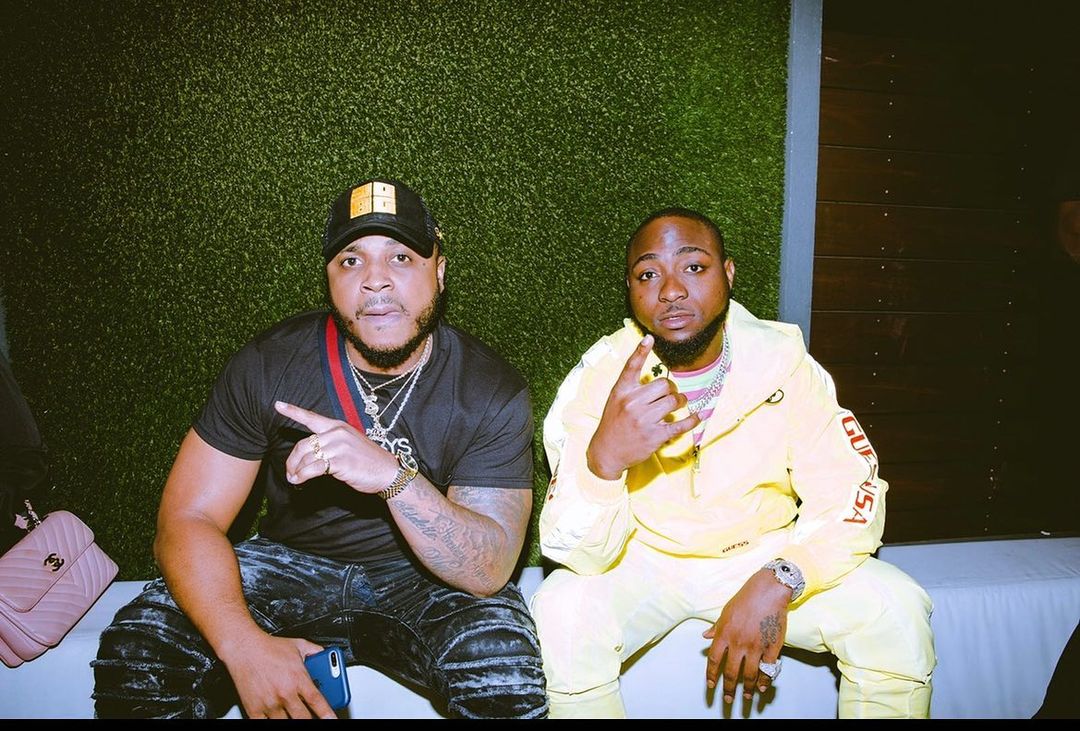 You may recall that in the chat which Sina Rambo’s mother-in-law shared, Davido had said he would d deal with Heidi Korth (Sina Rambo’s wife) for dragging his fiancée, Chioma Rowland.

The singer followed this with a sudden unexpected move as he clicked the unfollow button on his cousin.

A check on his Instagram page has shown that the singer is no longer following Sina Rambo; however, at the time of writing this report, Sina Rambo still follows his cousin. 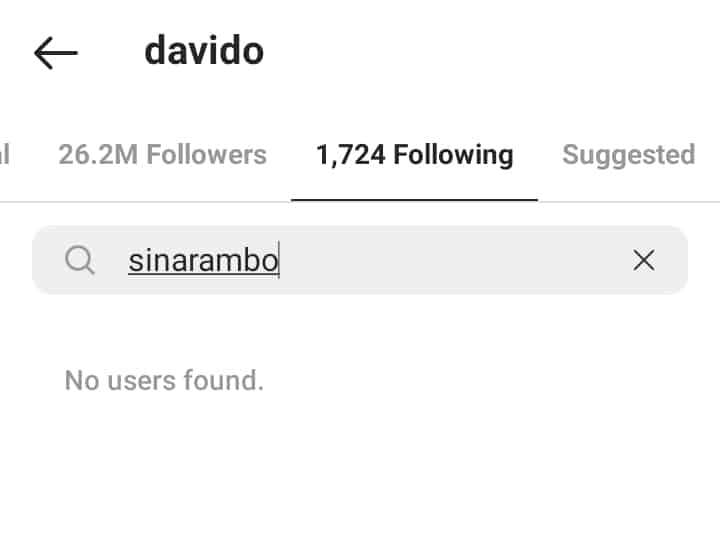 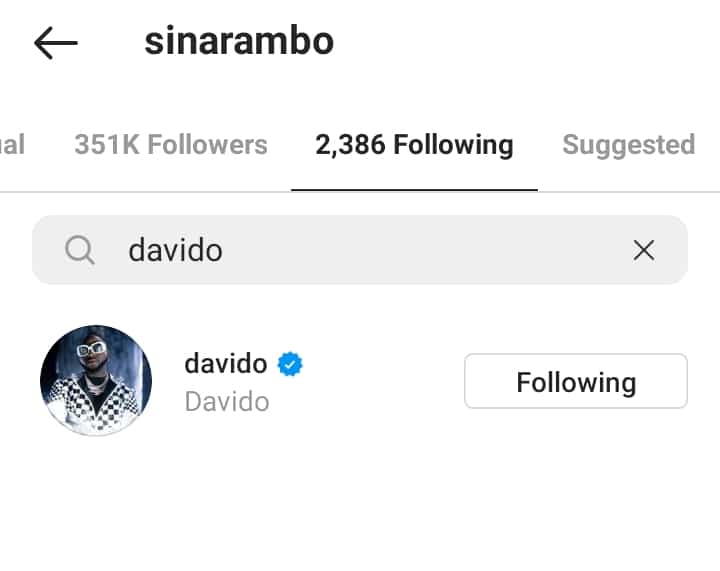