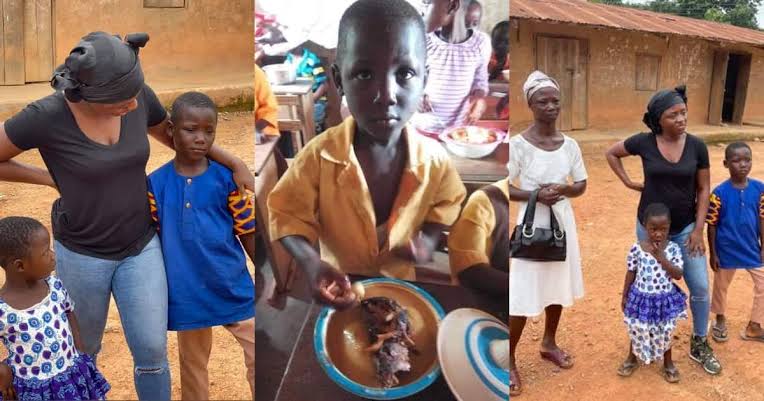 A little boy named Daniel who went viral online for eating fufu during school’s ‘Our Day’ celebration has gotten sponsorship to travel and study in Canada.

The boy who brought fufu which is seemed to be an unusual choice of food for such an occasion went viral online after his picture showing him with his plate of fufu and soup started trending on social media.

A man name Owusu Afriyie who spotted Daniel’s picture online amid the trend asked people on social media to help him locate the little boy.

Ofori who traveled to the boy’s village to meet with him and his family, later disclosed that Daniel is a student of the Nkwantapong D/A Primary school located in the Bosome Freho District of the Ashanti region.

According to Ofori, Daniel’s father is dead while his mother has a mental health condition.

Owusu Afriyie who promised to sponsor Daniel’s education revealed that there is another man who wants to adopt Daniel and send him to Canada.