A Tweep has recounted how a man reportedly called off his wedding with his wife-to-be for failing to attend his friend’s wedding.

According to the Twitter user, Ogo, who share the story, a man, who lives in the UK, had instructed his fiancée to attend the wedding ceremony of his friend.

However, the man never told the lady he would be showing up for the friend’s wedding.

Unknown to the fiancée, her man had attended the wedding but couldn’t find her after looking around.

He later called, enquiring why she hadn’t attended the wedding he asked her to; when she gave him some flimsy excuse, the man reportedly called off their wedding.

Ogo reveals that the fiancée has been pleading with him to change his mind but he isn’t giving her a listening ear. 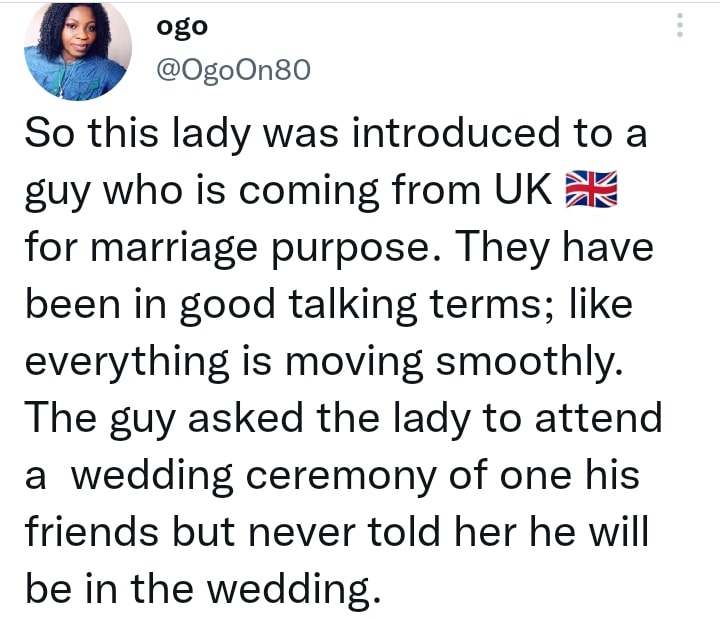