ATTENTION 🚨🚨(READ ME!!) CLOSE ALL ADS POPPING UP TO DOWNLOAD MOVIES FOR FREE...IF YOU ARE REDIRECTED, CLOSE THE TAB TO CONTINUE WHERE YOU STOPPED

A Lagos high court had ordered the NDLEA to pay Baba Suwe the sum of N25m for unlawfully detaining him and also tender an apology to him. 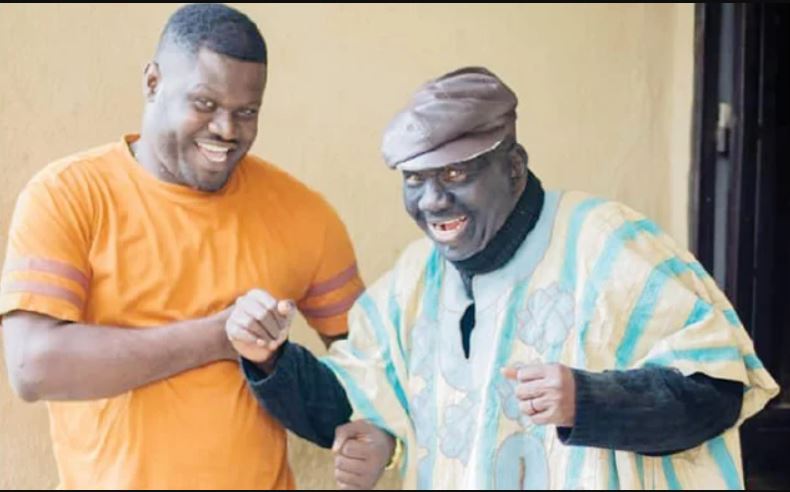 Adesola Omidina, a son to the late Nigerian actor, Babatunde Omidina, popularly known as Baba Suwe, has said that the allegations of drug trafficking levelled against his father by the National Drug Law Enforcement Agency cost him friendships and a lot of opportunities.

The actor died on November 22, 2021, and was burried three days later.

Recall that the NDLEA arrested Baba Suwe on October 12, 2011, at the Muritala Muhammed International Airport, Lagos, on his way to Paris, France, for allegedly ingesting hard drugs. But after three weeks of detention, no drugs were found in him.

A Lagos high court had ordered the NDLEA to pay Baba Suwe the sum of N25m for unlawfully detaining him and also tender an apology to him.

In an interview with Saturday Beats, Adesola maintained that the allegations against his late father were false.

He said, “The case is not about what he told me. Rather, I was involved in the case from the beginning to the end. I was the one that hired the late Bamidele Aturu to handle my father’s case.

“I wouldn’t want to go deep into this issue; it is a story for the future. All the accusations that were levelled against my father were false. My father couldn’t even kill a rat, not to talk of what he was accused of. That was too expensive.”

Describing the incident as unfortunate, Adesola said it made his father lose some friends and denied him opportunities of earning money as a brand ambassador to corporate organisations.

He added, “There were some people who loved to associate themselves with my father but after that incident, they withdrew and were also trying to be careful to protect their image.

“My father was not able to enjoy certain privileges which could have come from the government, both state and federal; and also brands. As a young guy, all my income was spent on my father till he died just to make sure he was fine. We thank God for everything.”

ATTENTION 🚨🚨(READ ME!!) CLOSE ALL ADS POPPING UP TO DOWNLOAD MOVIES FOR FREE...IF YOU ARE REDIRECTED, CLOSE THE TAB TO CONTINUE WHERE YOU STOPPED
AD
Comments Off on NDLEA’s Allegations Against Baba Suwe Cost Him Friendships, Opportunities — Son Reveals

Chelsea striker, Romelu Lukaku, has said he is happy to be back in Inter Milan, as he prep…