Home 2709 Updates Celebrity Gists “Bet me, you go run from Naija” – Davido fires back at a man who threatened to slap Chioma
Celebrity Gists

“Bet me, you go run from Naija” – Davido fires back at a man who threatened to slap Chioma

Popular Nigerian singer, David Adeleke, recently dished out a reply to a netizen who made a derogatory comment to his baby mama, Chioma.

Chioma Rowland had shared a congratulatory message to Davido’s brother, Adewale after he flaunted his new whip on Instagram. 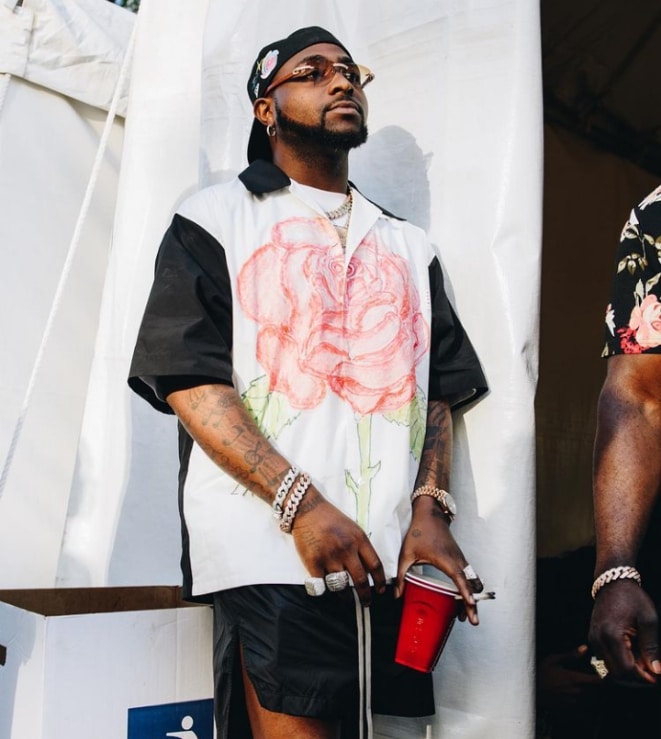 Reacting to the photos shared by Adewale, Chioma took to the comments section to congratulate him.

However, a troll identified as BigHush7 took to the comments section to threaten Chioma, saying he would have slapped her if he was in Adewale’s shoes.

“You’re rude. If na me I for slap you. Rephrase your sentence with respect”, the troll said.

Reacting to the threat, Davido promised to make sure the troll runs away from Nigeria.

“You go slap who? Ok you go run away from Nigeria. Bet it”, Davido slammed the troll. 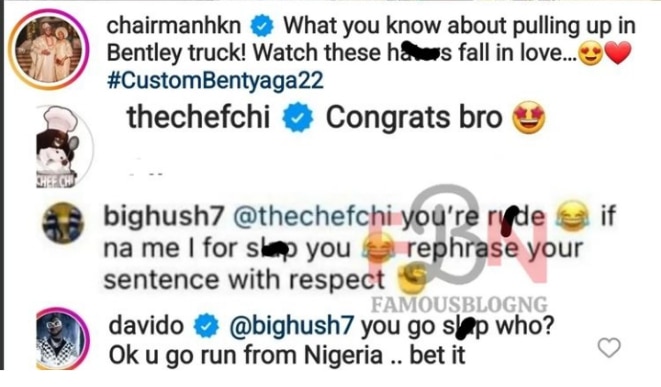