Grammy-award-winning Afrobeat artist, Burna Boy, has disclosed that British singer, Ed Sheeran is one of his favourite people in the world.

Burna Boy’s 6th studio album, Love, Damini, features Ed Sheeran as one of the guest artistes. Their joint “For my hand” has surpassed 3 million views on Youtube. During chitchat on Jimmy Fallon’s show, Burna Boy revealed to the audience that the English singer is one of his favourites in the world.

The singer also schooled the media personality on how to do the “Afro Moonwalk”.

“Ed Sheeran is one of my favourite people in the world” 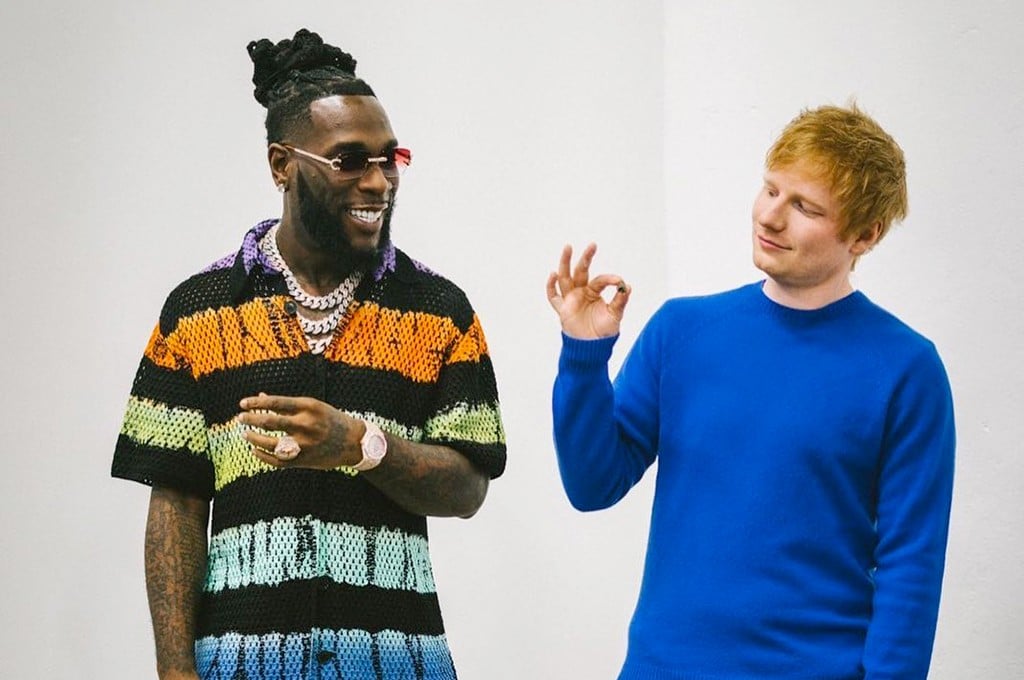