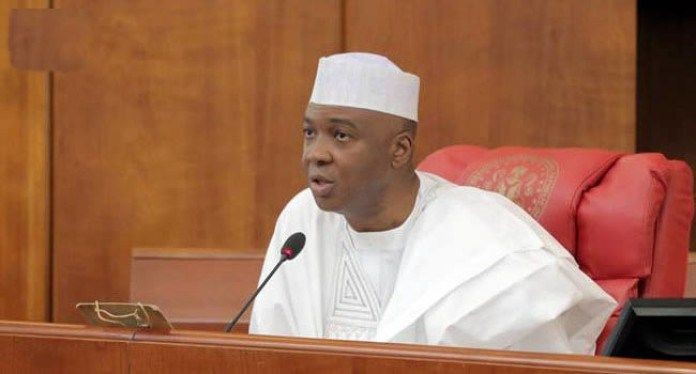 The one time Nigerian Senate President, Bukola Saraki has been invited by the Economic and Financial Crimes Commission (EFCC).

The report has it that Bukola Saraki is currently being questioned by the EFCC over alleged money laundering and embezzlement of public funds.

Remember, in 2020, after the arrest of Ramos Abbas (Hushpuppi) for cyber-crime, the ruling All Progressive Congress (APC) attempted to link the former Senate President to Hushpuppi. Reacting to Hushpuppi’s arrest, an APC spokesperson said;

Yekini Nabena, an APC member asked relevant authorities to investigate their relationship. Bukola Saraki described the comments by the APC as irresponsible.

However, few days after Hushpuppi mentioned a supposed super cop Abba Kyari as his accomplice, Bukola Strike is been questioned by the EFCC. Nevertheless, the former Senate President’s arrest may have nothing to do with Hushpuppi’s case.

Actually, a few days ago, a past Nasarawa State Governor, Tanko Al-Makura, and his spouse, Mairo, were interrogated by the EFCC over the misappropriation of billions of naira by his administration.

Full details of the interrogation and has not been made public.

A Tech Expert Becomes a Billionaire in 24 Hours

R. Kelly’s home where he held Women against their will sold in Atlanta

“One man down. We regroup and advance.” Pastor E.A. Adeboye on his son’s death.