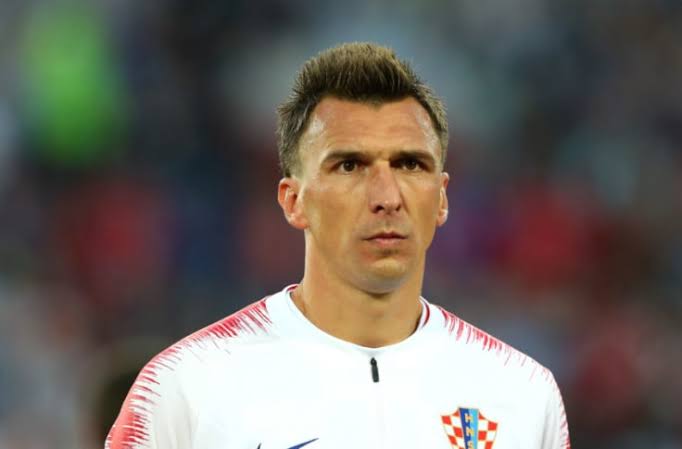 The Croatian has announced his retirement from professional football after 17 years at the top.

Former Bayern Munich, Juventus and Atletico Madrid striker, Mario Mandzukic has announced his retirement from football at the age of 35.

Mandzukic has decided to bring down the curtain on a glittering career which has seen him stay top for 17 years, winning trophies in four different countries.

Regarded as one of Croatia’s great, Mandzukic has decided to hang his boots shortly after completing a short spell with AC Milan across the 2020-21 season.

The striker, who was a member of the Croatian Squad that finished World Cup 2018 at Russia as runners up, confirmed the news via an annoucement on his Instagram page.

“Dear little Mario,” he began in a message to his young self. “While wearing these […], your first in life, you can’t even imagine what you will achieve in football. You will score goals on the biggest stages and win the biggest trophies in the jerseys of the biggest clubs.

“In the jersey of your greatest pride, the Croatian national team, you will write some of the most important moments of Croatian sport. You will succeed because you will have a lot of people on your way to help you.

“Teammates you will fight with, coaches you will learn from, fans who will support you and family, managers and friends who will always be with you. You will be forever grateful to all of them!

Mandzukic made his senior debut across the 2004-05 season with home country club Marsonia, although he made his name initially with Dinamo Zagreb. At Zagreb, he won the Croatian league title three times.

That was enough to attract interest from German side Wolfsburg, before making a switch to Bayern Munich where he won the treble across 2012-13 season, including the Champions League. He scored in the final against Borrusia Dortmund.

A move to Atletico Madrid followed but just for a season, before he headed to Juventus where he won the Serie A in four consecutive seasons.

Unfortunately, time up with the Bianconeri came when Maurizio Sarri sidelined him in Turin which saw him move to Qatari side Al-Duhail, before concluding his career at AC Milan with a short spell.

At international level, Mandzukic scored 33 goals in 89 caps for Croatia, including netting the winner which sent them to the World Cup final for the first time. His last goal for his country was in the defeat against France in rhe final.