A 50-year-old woman identified as Dorcas Kagengo has shared her grace to grass story while appealing for assistance.

Dorcas used to be a millionaire who owned houses, lands, and cars. She said she became rich at a younger age and acquired properties. 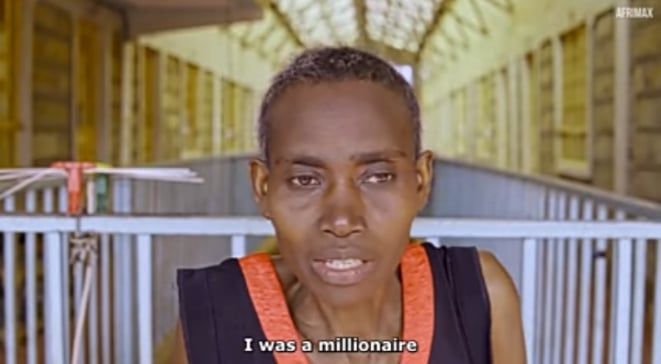 Dorcas was born into a broken home. To date, she doesn’t know who her father is. According to the young woman, she hit the jackpot in her thirties and became wealthy. At that time, she owned properties and cars.

Dorcas revealed that she landed a huge job as an office administrator and earned millions. At 33, she was a millionaire and bought lots of luxury whips.

Sadly, Dorcas story changed for the worse after she travelled to Saudi Arabia in pursuit of another job which she thought would earn her more money.

On getting there, she began suffering from various kinds of illnesses, ranging from kidney failure to diabetes, e.t.c. As the disease persevered, she had to return home and sell all her properties, which she used in taking care of herself. Now she has nothing for herself and she has appealed to people to come to her aid.